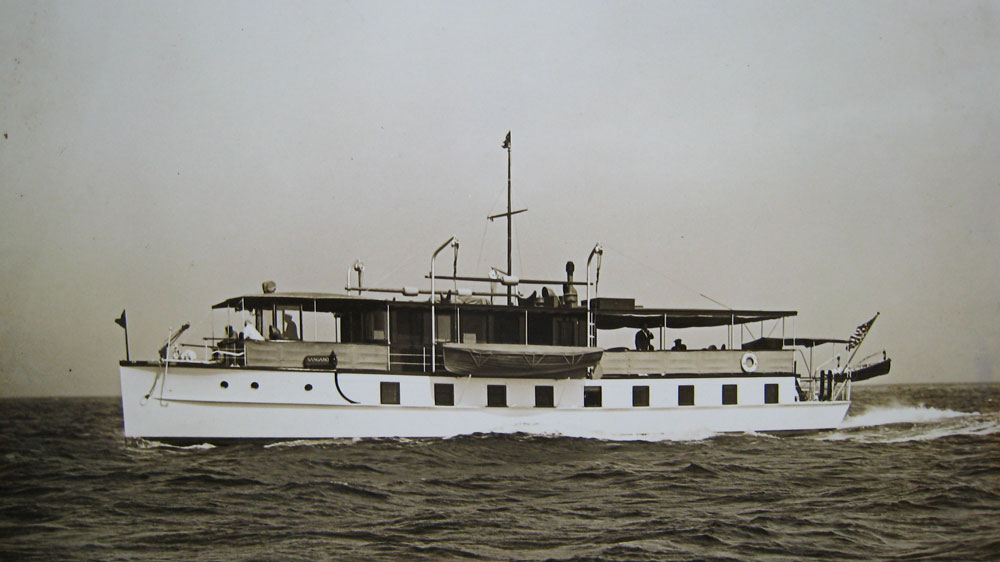 The carriage house was built about 1910 by F.D.M. Strachan, Glynn County’s first millionaire. The Strachan family made their fortune at the turn of the century as brokers for steam and sailing ships which hauled cotton and timber from Georgia to eager overseas markets.

Strachan was an experienced yachtsman and an astute businessman. A member of the New York Yacht Club, he won the prestigious Astor Cup. As Brunswick’s turn-of-the-century power broker, Strachan served on the boards of the bank and the railroad and promoted the area’s potential for business and outdoor life.

Local tradition has it that Strachan purchased the former Retreat Plantation property on the south end of St. Simons Island and built his imposing summer cottage after he was rejected for membership in the Jekyll Island Club. To taunt the other millionaires across the water, he instructed his servants to burn the house lights brightly every night to give the appearance that he was enjoying lively parties.

The location of the summer cottage was noticeable to all tourists and residents who arrived by steamboat ferry at the St. Simons Pier. Soon Beach Lawn, as it was named, became an island landmark. The compound included the big house with a detached kitchen, two servant buildings, a large cistern the children used as a swimming pool, two Spanish-American War cannons aimed at Jekyll Island, and the two-story carriage house. 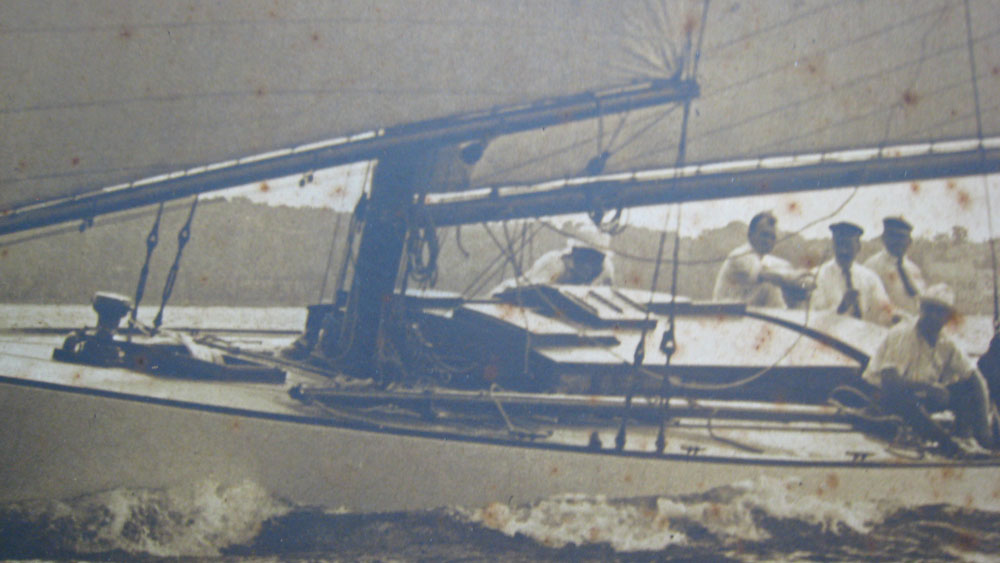 US Congressman William Stuckey (Stuckey Pecan Company) purchased the home in 1966 so that his children could enjoy perfect childhood summers here. Ten years later, Sara and Joe Edwards (Edwards Pie Company) acquired the main house and property with plans to use it as a Christian youth retreat. In addition, the couple renovated the carriage house, and turned it into a private residence which was featured in the April 1978 edition of Southern Living.

To make way for the new Butler Mews subdivision, the big house was placed on a barge in 1986 and moved to Daufuskie Island, SC where it stands today as the clubhouse to Haig Point. Still in St. Simons, the carriage house was purchased and expertly restored by Larry and Sybil d’Amico; it was placed on the National Register of Historic Places in 1997.

The historic Strachan Carriage House is reminiscent of the time when Victorian ladies and gentlemen stepped off their verandas to ride Henry Ford’s automobiles into the roaring twenties. The house is well appointed for modern guests and so convenient to the pier, the St. Simon’s Lighthouse, and the beach, that most guests choose to give the family chauffeur the week off!